In The Pictures ZTE Open and Alcatel One Touch Fire-

“For many customers, this will be the first smartphone they purchase,” Mozilla’s Brendan Eich told press at a small event at Mozilla’s San Francisco office Monday morning.

“We’re pioneering a category,” says Eich, of open web devices. The ZTE Open is in fact the first smartphone available on the market based entirely on open web standards. That means everything on the phone is running in a web browser. While some core apps are stored on the phone and can work offline, the web is the backbone of the phone’s every action.

He says that rather than going after smartphone powerhouses like Google and Apple, Mozilla is trying to help convert feature phone users, who still make up a large percentage of the world’s cell phone users.

“We are not aiming high and trying to crash into Fortress Apple, into Fortress Google,” says Eich. Mozilla is not going after the type of customers who are obsessed with the screen size and type or processing power of their device. It’s targeting customers who just need to communicate with the world around them, and it’s giving them a much more feature-rich way to do so.

After Monday’s event, we had the opportunity to spend a few minutes with the Firefox OS running on both the ZTE Open and Alcatel One Touch Fire.

The phones are priced at around $39 (without the need to buy a contract) so, as you might expect, they’re not quite top of the line when it comes to processing speed and power.

We were only able to use the phones for a few minutes, but during that time were able to take photos, browse through the gallery of photos that had already been taken with the devices, and check out some of the games currently available for the Firefox OS.

The phones we were able to get our hands on were getting their data connection from a Mi-Fi rather than from a network carrier, which made what was already going to be a slow experience — due simply to what’s under the hood — a little slower.

Still, we were able to navigate menus with ease –- albeit a little slowly -– as well as launch web pages, and even play a few games. While relatively unimpressive in a world of iPhones and quad-core Android devices, the devices would be a vast improvement to someone who had never had one of those and simply wanted a more feature-rich way to communicate.

The phones will first be available in Spain. However, Eich says that the operating system may be available on smartphones in the United States in the future as well.

Let us know your thoughts in the comments. 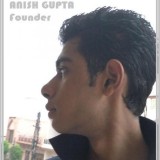